In June 2021 a test series was carried out to expose the Bridgehill Car Pro X fire blanket to a vehicle fire at RISE Fire Research in Trondheim, Norway.

The fire was initiated by placing small containers of liquid heptane inside the vehicle. The vehicle was ignited from a distance with a cloth soaked in propane placed in the end of a rod. The target maximum temperature was approximately 900 °C before applying the blanket.

The Car Pro X fire blanket was applied for 20 minutes for the first test and 5 minutes for subsequent tests and were operated by two technicians using firefighting equipment to pull the blanket on- and off the car.

Three thermocouples were mounted inside the vehicle to measure the temperatures, one in the front, one in top and on the trunk.

We are proud to announce our partnership with the Norwegian Volkswagen, Audi, Škoda, Seat… 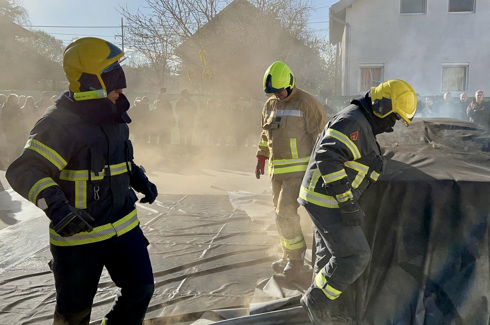 This week we have the honor of visiting Belgrade in Serbia. 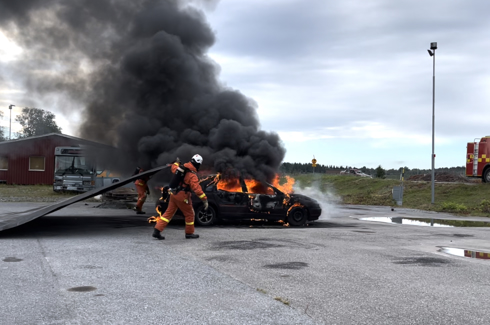 One of the world's largest producers of farmed salmon, SalMar, averted a major fire with a…